Everyone at BAM knows Jill Veglahn as the rockstar in the gym, sucker for all things fashion, and the woman with a big heart. Her official title is Head of People; however, that really doesn't encompass it all. When she isn't running a tight ship at BAM, she's in jail. Yes, JAIL. Read about how this BAMf spends her Saturdays with L.A.'s incarcerated youth.

What inspired you to become a volunteer that works explicitly in juvenile detention centers?

I have a background in criminal defense, which was my career (for ten years) before I joined BAM. It's a long story, but I had family members - my brother and cousin - who spent significant time in jail/prison. My brother had every resource in the world: good family, middle class, all the support you could ever need. If he could fall victim to the prison system, anyone could. My cousin, who happens to be a black man, was the co-defendant in a case with my brother and received a far more extreme sentence for the same crime. It was this injustice that sparked something in me. It shined a light on the inherent privilege of having been born white to a two-parent household. I am determined to do something with that privilege.

When did you start your work with incarcerated youth?

Six and a half years ago, I was invited to a juvenile detention center in Malibu to speak to incarcerated youth about the criminal justice system. Many kids don't understand what they have been charged with, what their sentence is, what their rights are, when they are getting out, or what resources are available to them. My experience speaking with incarcerated youth was overwhelmingly impactful for me, and I knew I wanted to continue to work with this specific population of youth. The man running the program, now a dear friend and mentor, told me I could come back. I came back the following Saturday and continued to go back every Saturday for six months. Unbeknownst to me, I was being groomed to take over the program, and after six months, I was charged with the task of making the program my own. Through a long chain of events, I created a fitness-based program called S.T.R.O.N.G., and our mantra is that exercise teaches our brains that our behavior matters. 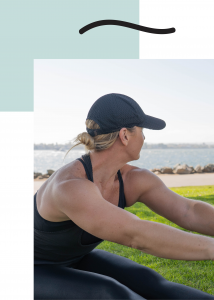 S.T.R.O.N.G. stands for Stopping Teenage Recidivism (through) Opportunity aNd Growth. Recidivism is a fancy word for repeat behavior (specifically criminal behavior) that leads to re-incarceration. The U.S. houses 4% of the world’s population, and nearly 25% of the world’s prison population - that statistic alone tells you how broken our prison/jail system is. Our goal is to provide tools to help break this cycle of incarceration before they reach the age of 18 and find themselves in prison.

I am very passionate about fitness/exercise (I exercise 5 days a week, and I host a 31-day workout challenge twice a year). I played competitive soccer, growing up, and coached youth soccer for ten years. Fitness/exercise, human connection, and community are a few of my passions. Through my S.T.R.O.N.G. program, I partner with fitness professionals in Los Angeles, and we bring exercise to the kids in jail.

S.T.R.O.N.G. comes in, we talk for a bit, and then we sweat. We talk about finding gratitude even during the darkest times, how things are going for the kids, the science of exercise, my background, etc. Then, we pick a topic like getting out of your comfort zone, negative self-talk, or the power of our thoughts. Then we workout!

How did your program come to fruition?

The original program was a mentoring program where individuals in various careers with unconventional paths shared how they found success., I wanted to share stories of people who identified as one thing and transitioned into another. These kids think that they are bad kids; they identify as being “bad” or “broken.” They feel that they don't deserve more. I was tasked with bringing in speakers that faced adversity, many who had been in jail at one time or another and through hard work and commitment, they found success, despite their various struggles. Three years into running the program I brought in my friend, Leyon Azubuike. Leyon owns a boxing studio called Gloveworx based in L.A. and New York. His story is incredible. He went from being a college athlete to being homeless to being a professional boxer and losing everything, to now being a very successful entrepreneur. Leyon came in, spoke about his steep path to success, and did a quick ten-minute workout with the kids.  A light bulb went off. Seeing the kid's response to fitness was incredible, and I knew that was the direction I wanted to go in my work with incarcerated youth. 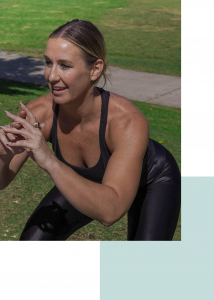 What is the most rewarding part about volunteering your time?

When I’m with the kids, I’m totally present. Whatever bullsh*t is going on with me, no matter what it is, it goes away. It's about those kids. And those kids and I, we get to connect. The kids need it, and I need it. They are not used to people showing up for them, and that's something that I can do.

What is the most challenging part of volunteering in the jails?

The most challenging part is staying with it. I lost my clearance for a few months, as a result of the non-profit I was working with losing funding. I now have my own clearance, and I’m four weeks into my most recent program and the two groups I’m working with are fantastic. The reality of working within L.A. County Probation’s detention centers comes with a LOT of red tape and bureaucracy. I have worked hard to create a name for myself, and I’m just getting started.

What Is Clubhouse and How Does It Fit Into My Comms Strategy?

Tech That BAM Is Thankful For

How to Tell Data-Driven Stories