Daljit Dhaliwal was my childhood hero. The British Asian anchor of BBC World News in the 90s was part of my daily routine. I’d sit next to my grandmother every evening and watch her report the news to millions on channel 32. Despite growing up in the diverse Washington D.C. area, a British woman of South Asian descent was the only person I saw who looked “like me” in a visible position of leadership in the mainstream media. Today, we’re lucky to have many more examples, but there is still an illusion around Asian American representation that we shouldn’t gloss over.

Asian Americans make up 12% of the professional workforce even though we only make up 5.6% of the U.S. population. Despite such high numbers, we’re the least likely group to be promoted into management — less than any other race, including blacks and Latinos. In 2017, a study by the Asia Society revealed that more than one in four U.S. corporations had no Asian or Asian American representation at all.

Now, let’s take a deeper look at Asian American women. According to a study by Ascend Leadership, the representation of Asian American women in leadership roles is the worst in comparison to White, Black, and Latina women. If we double click and categorize Asian Americans into Indian, Chinese, Korean, Pakistani, Filipino, the representation will get less and less. Regardless of that fact, we are making progress, which we do need to celebrate, encourage, and highlight.

In short, from Daljit Dhaliwal, we’ve come a long way. I’m proud and inspired to highlight some of the specifically South Asian women in tech who are making moves. There are many more out there and the list below is in no particular order. 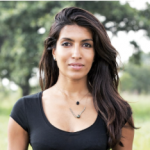 Leila Janah was the Founder and CEO Samasource, which provides secure, high-quality training data for AI teams. Leila passed away in January 2020, but will remain an icon in the tech sphere. 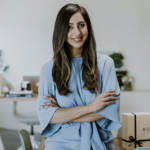 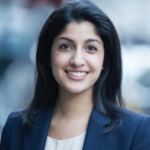 Anjali Sud is the Chief Executive Officer at Vimeo, one of the world’s leading professional video platforms.

Meena Harris is the Head of Strategy and Leadership at Uber and Founder & CEO of Phenomenal Woman Action Campaign, which supports women’s organizations. 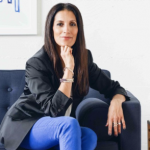 Sukhinder Singh Cassidy is the President at StubHub, a ticket exchange and resale platform. StubHub is now considered the world’s largest ticket marketplace. 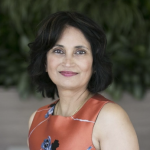 Padmasree Warrior is the Founder, President, and CEO at Fable, which curates content based on interests. Fable’s mission is to be the world’s best mobile service for curated reading, where people can share in private groups and creators can self-publish. 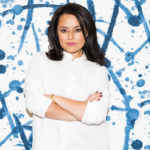 Nisha Dua is the General Partner at BBG Ventures and Founder of BUILT BY GIRLS, which gives girls the educational preparation they need to work in tech. 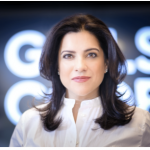 Reshma Saujani is the Founder and CEO of Girls Who Code, a nonprofit looking to close the gender gap in technology through programs that teach girls how to code. 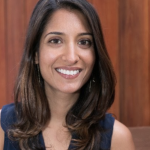 Shivani Siroya is the Founder and CEO of Tala, a fintech company that underwrites and delivers credit to customers who have little or no formal borrowing history. 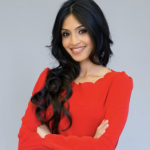 Payal Kadakia Pujji is the Founder and Executive Chairman of ClassPass, a monthly fitness membership that gives access to tens of thousands of gyms, classes, and studios. 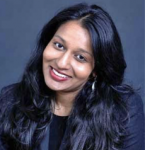 Sharmi Albrechtsen is the CEO and Co-founder SmartGurlz, a robotics and software company designing coding robots to teach young girls how to code.

Dheerja Kaur is the former Chief Product Officer at theSkimm, a company that focuses on delivering news and information into the routines of female millennials. She recently joined the product team at Robinhood. 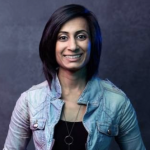 Shaherose Charania is the Operating Partner at Nike Valiant Labs, Nike's in-house business incubator. She is also the Founder and CEO of Emeritus, Women 2.0, and Founder Labs. 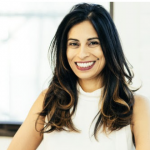 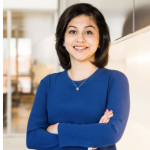 Neha Narkhede is the Co-founder and CTO of Confluent, a fully managed Kafka service, and enterprise-ready event streaming platform. 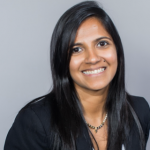 Minal Mehta is the Head of Product, Next Billion Users at YouTube. Minal focuses on users in high-growth markets to understand their needs and adapting the company's product needs to match them. 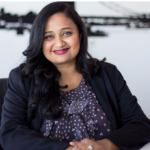 Kamakshi Sivaramakrishnan is the Founder and CEO of Drawbridge, which uses AI and machine learning to build identity solutions. After the company was acquired in LinkedIn in 2019, Kamakshi now works on Product for LinkedIn. 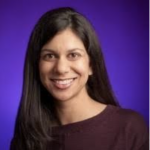 Avni Shah is the Vice President of Product Management at Google. She joined the company in 2003 and has worked on everything from Google's toolbar to Google Chrome. 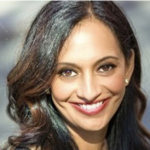 Jalak Jobanputra is the Founder of Future Perfect Ventures, an early-stage investment firm dedicated to empowering the next generation of leaders. 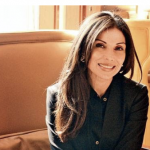 Shelly Kapoor Collins is a Founding Partner of The Shatter Fund, a venture firm investing in technology companies led and started by female entrepreneurs.

Interested in reading more posts like this from Women's History Month? Check out our post on Latina Tech Leaders Who Inspire Us and #WhattheWorldNeedsNow from Ashlee Simpson.

How to Ace Your Funding Announcement Recap: August 2022