Arcadia is a tech company empowering energy innovators and consumers to fight the climate crisis. Their APIs unlock energy innovation by creating unprecedented access to the data and clean energy needed to decarbonize the grid.

Arcadia came to BAM with a challenge: a new funding round and lead investor that wasn't going to be signing off until 48 hours before the press release was live, giving the BAM team an extra challenge in their embargo and exclusive pitching. In addition, Arcadia was also acquiring another company weeks after the funding announcement and wanted to capitalize on media momentum. The entire team worked with what we did have—a client ready and willing to speak with the media, a large funding amount, and an interesting industry that is ready for change.

Arcadia’s goal was to garner top-tier coverage of the funding round and elevate its executives' thought leadership and credibility while preparing for an upcoming acquisition.

As part of BAM’s funding announcement strategy, the team focused on leveraging their climate industry contacts and amplifying what the investment means for the technology of climate change. The BAM team also utilized Arcadia’s interest in thought leadership, off-the-cuff interviews, and their willingness to discuss the investment and goals of the company. With the acquisition quickly behind, BAM was able to separate those two announcements with the media outreach.

With 37 placements within the first 2 months, BAM exceeded the original KPI of 24 placements in 12 months. This included 7 top-tier placements, including an exclusive feature in the Wall Street Journal online and print edition. 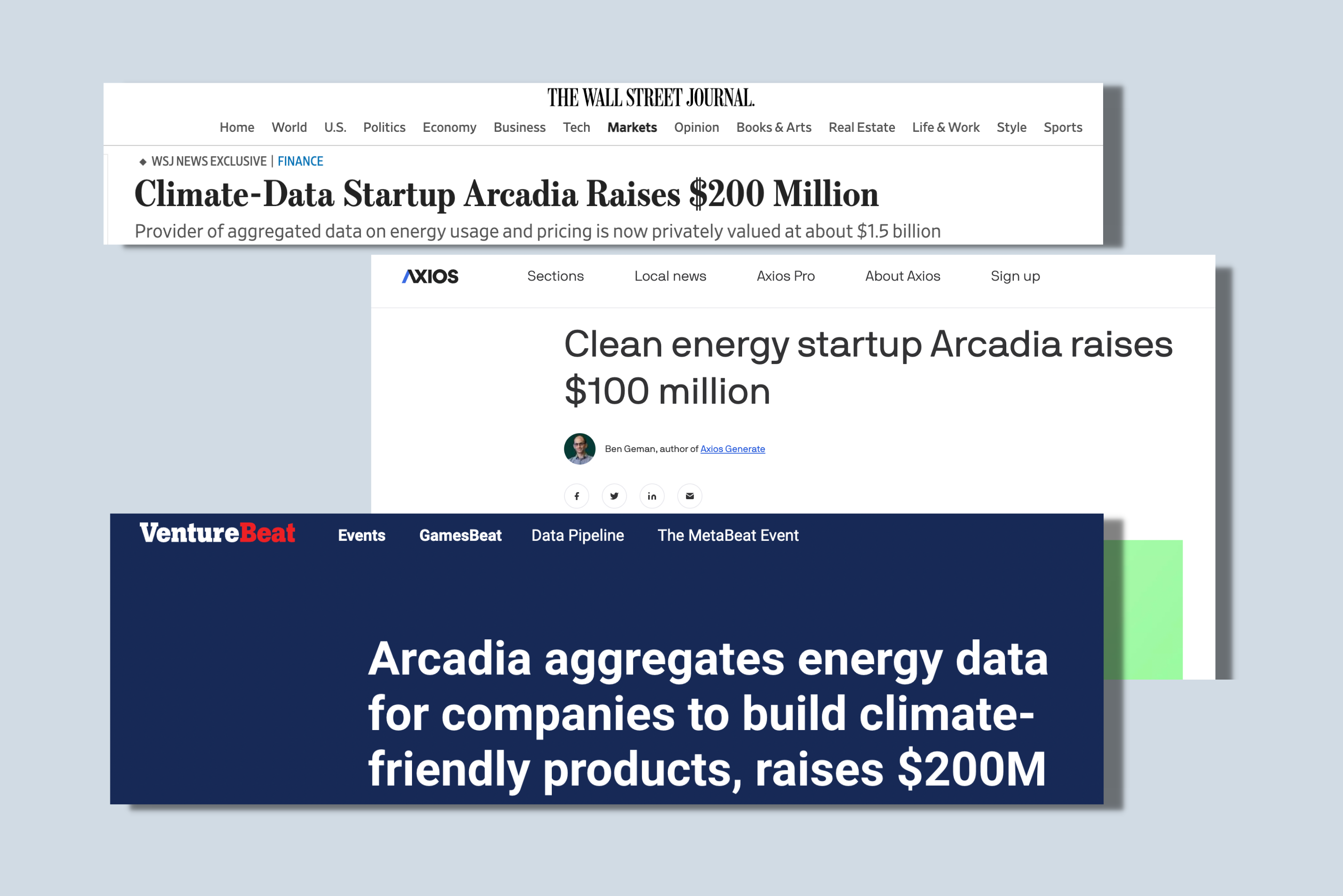 Move your story in the right direction.

READY TO GET STARTED
CHAT WITH BAM